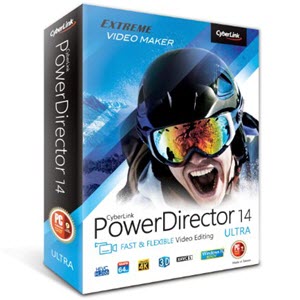 Category: Multimedia & Design. Tag: CyberLink.
Note: please leave a comment to notify us if the price is wrong. Thank you!

CyberLink PowerDirector 14 Ultra is an unbelievably fast and flexible video editing software solution, offering a unique combination of high-end performance and advanced video editing features. Its intuitive interface makes it a video editor accessible to users of all skill levels, from beginners to experts. A huge selection of customizable design tools, including unique alpha transitions, animated titles, particles and PiP objects, give you the freedom to explore your creativity and reflect it in your video creations. 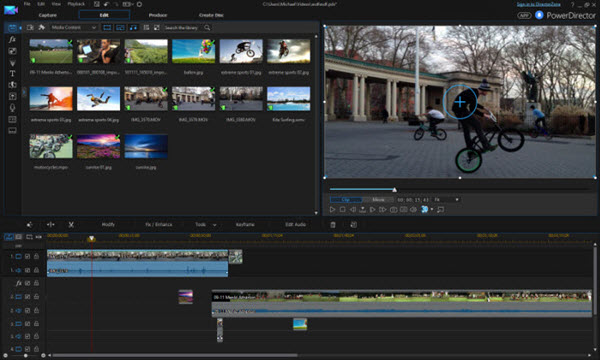 Motion Tracking
Tracking people or objects in video footage can be a complicated task in other video editing software. PowerDirector has simplified the process from start to finish, making it easy for any video maker to add layers of creativity and sophistication to you projects.

MultiCam Editing
The MultiCam Audio Sync feature allows you to synchronize up to 100 timeline tracks by audio. That means even a novice video maker can easily create MultiCam collages simply by transforming video tracks into PiP (picture in picture) objects.

Express Projects. Pro-style Movies, Fast!
New in PowerDirector 14, Express Projects is the fast, easy way for any video maker to quickly create professional-quality videos. The simplified video editor interface breaks each project into beginning, middle, and end segments with preset effects, animation and music. All you need to do is drag ‘n’ drop your clips and you’re done!

Latest Format and Codec Support
As always, PowerDirector is a leader among video editing software providing a comprehensive list of video and audio formats so that your video making experience is as easy and trouble-free as possible. On top of the latest and greatest formats and codecs like 4K UltraHD, AVCHD 3D/Progressive, XAVC-S and H.265, PowerDirector 14 has significantly improved video performance when working with the popular WMV format, as well as adding FLAC audio editing support—the format of choice for people who care about sound quality. Such expansive support truly makes PowerDirector video editing software that is accessible to users of all skill levels, from the novice home video maker to experienced professionals.