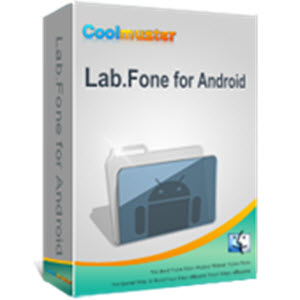 Android phone or tablet can be used as a storage device for users to save lots of files in it. However, data loss problem is still an common issue that frustrates many users a lot. Well, there is nothing to worry about as long as you have Coolmuster Lab.Fone for Android. Here its Mac version is especially designed for Mac users to recover all deleted and lost data from Android devices on Mac. 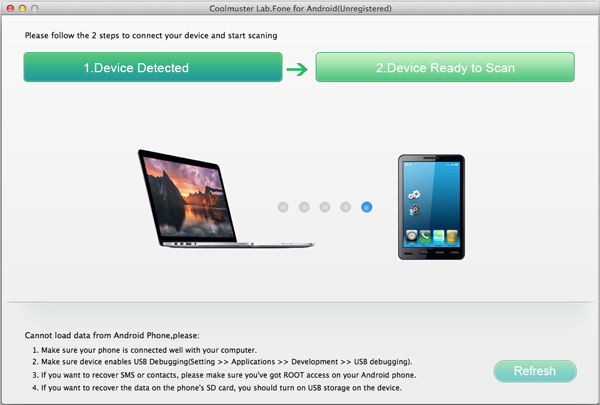 Recover Contacts, SMS, Photos & More from Android Devices
The Mac version of Lab.Fone for Android is able to restore almost everything lost from your Android phone or Android tablet on your Mac computer. It can effortlessly access both the internal and external memory card in the phone and locate the files you want quickly and accurately.

Preview All Scanned Android Data before Recovery
Never worry about recovering the wrong or useless files from your Android device because such considerate Android Data Recovery for Mac allows you to preview all recoverable files one by one and get lost data back to your Mac selectively and accurately.

Absolutely Compatible with All Android Devices and OS
Coolmuster Lab.Fone for Android on Mac supports almost all popular Android phones, tablets and Android OS all over the world. Such powerful compatibility makes the program chosen and preferred by a large number of users.

Be the first to review “Coolmuster Lab.Fone for Android (Mac Version) (60% OFF)” Cancel reply