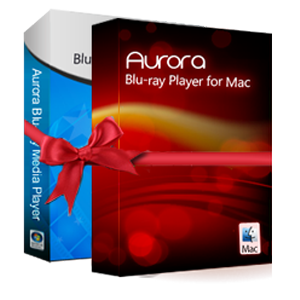 Categories: Mac OS, Multimedia & Design. Tag: Aurora.
Note: please leave a comment to notify us if the price is wrong. Thank you!

Aurora Blu-ray Player Suite is a Windows based multimedia player software which can play Blu-ray Disc, Blu-ray ISO files and any other video formats as far as you can imagine. If you don’t want to shift your Blu-ray media player from time to time to ship with all various kind of video formats, Aurora all-in-one Blu-ray media player with a pretty design and easy-to-use experience will be your helpful assistant. 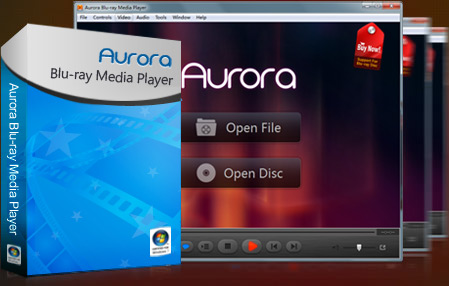 Perfect Blu-ray Playback
Aurora Blu-ray Media Player undoubtedly wins the crown in the field of Blu-ray Disc playpack. You enjoy your high definition Blu-ray movie in just a few mouse clicks. Additionally, users can get a navigation menu for Blu-ray movie when they open a Blu-ray movie which offers you a panoramic view of the disc and you can make your own choice.

Highly Compatible with Windows 8
Do you feel frustrated that your brand new Windows 8 no longer supported DVD/Blu-ray movies or MPEG-2 videos? Get Aurora Blu-ray media player as a free Windows 8 media player now, to compensating for the regret to enjoy your favorite movie freely!

Almighty Media Player to Play All Videos
Got a colossal downloads? Aurora Blu-ray Media Player supports all video formats, whether it’s AVCHD, MKV, FLV, MPEG-4 or MOV videos. Once you own Aurora Blu-ray player software, you can play them all with different languages of subtitles and audio tracks.

High Quality Audio to Match your HD Movies
HD images on your screen, of course, should match amazing audio output lingering around your ears. To catch up the most advanced audio tech and benefit all our users, Aurora Blu-ray Media Player for Windows has now supported DTS 7.1, DTS HD, AC3/DTS 5.1.

Social Network Sharing Makes you Never Off the Line
Even though you are enjoying the movie, with Aurora Blu-ray Media Player, you will keep yourself active among your friends. Post your comments about the movie on Facebook or Twitter anytime and makes your voice heard.