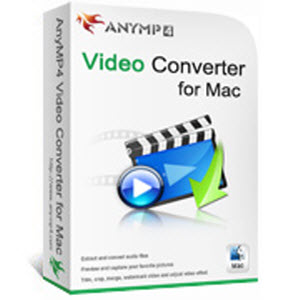 AnyMP4 Video Converter for Mac (30% OFF)

Categories: Mac OS, Multimedia & Design. Tag: AnyMP4.
Note: please leave a comment to notify us if the price is wrong. Thank you!

AnyMP4 Video Converter for Mac is capable of converting any video and audio format including MP4, MOV, M4V, AVI, FLV, WebM, 3GP and WMV, etc. on Mac. Thus, users can enjoy any video on your iPad (iPad 4, iPad mini), iPhone (iPhone 6, iPhone 6 Plus), iPod, Samsung Galaxy S3, and Google Nexus whenever and wherever you go. 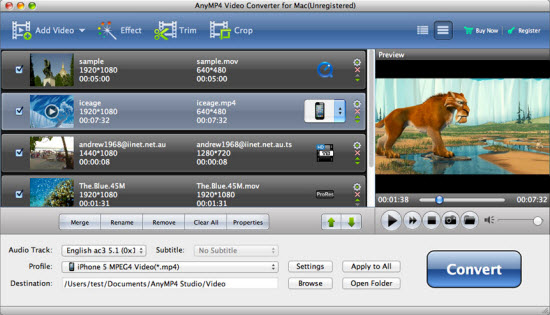 As the versatile and outstanding Mac Video Converting software, AnyMP4 Video Converter for Mac has powerful converting function to convert any video to general video and HD video with super fast speed and high output quality. You can also extract the audio files from videos and then convert them to audio formats like MP3, AAC, OGG, AC3, MP2, WMA, WAV, and M4A, etc. With this Mac Video Converter software, you can enjoy any video on your iPad, iPhone, iPod touch, Galaxy Tab, Nexus One, HTC, and Nokia Lumia, etc. Also you can import any video to Apple Editing software like iMovie, iDVD, and Final Cut Pro.

Edit your video with multiple editing functions
Would you want to get rid of the annoying black edges of video? You can utilize “Crop” function to remove black edges and unwanted parts of one frame. And you are allowed to trim video for your preferred length by setting the exact start and end time. If your video is divided into several parts, you are allowed to join these video clips into one single video file. You can also add text/image watermarks to the video to personalize it.

Advanced customization
You can even adjust Video Brightness, Contrast, Hue and Saturation to optimize video effect. If you find the video volume too low to hear, you can also turn it up.

Preview and snapshot
You can preview the original and edited video with the built-in player. During this process, you can capture your preferred scene and save it as an image file.

Intuitive interface
Since this Mac Video Converter is built with an intuitive and user-friendly interface, even novice can use this software without making mistakes.